Having worked with Porsche Gold Coast on a number of events, IKONIX were thrilled to be asked to develop a reveal for the new Porsche Cayenne in 2018.

Porche Gold Coast approached us to create a striking, impactful reveal  of the new Porche Cayenne. With a look that fused the new design elements of the car into the reveal, lighting design needed to pay homage to the cars rear light strip, new LED matrix beam headlights and the emphasised front wings. 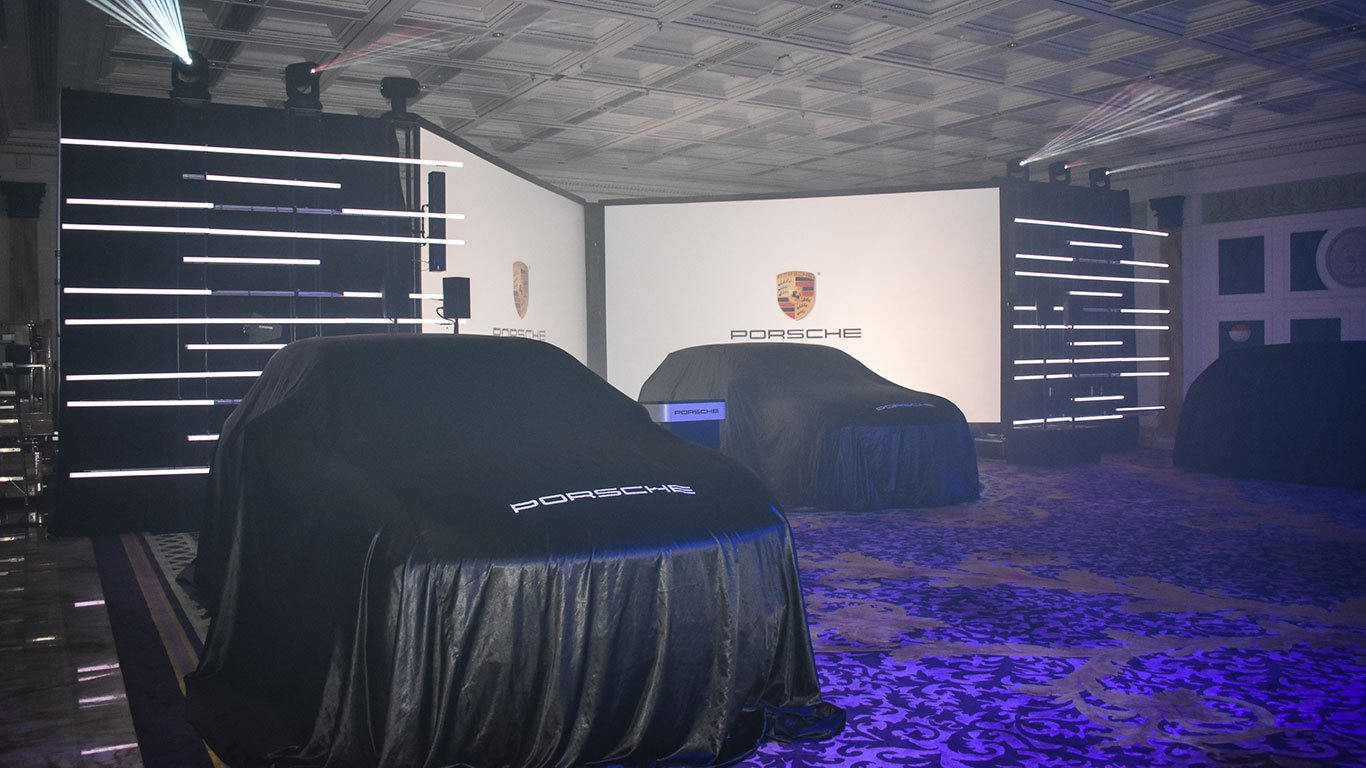 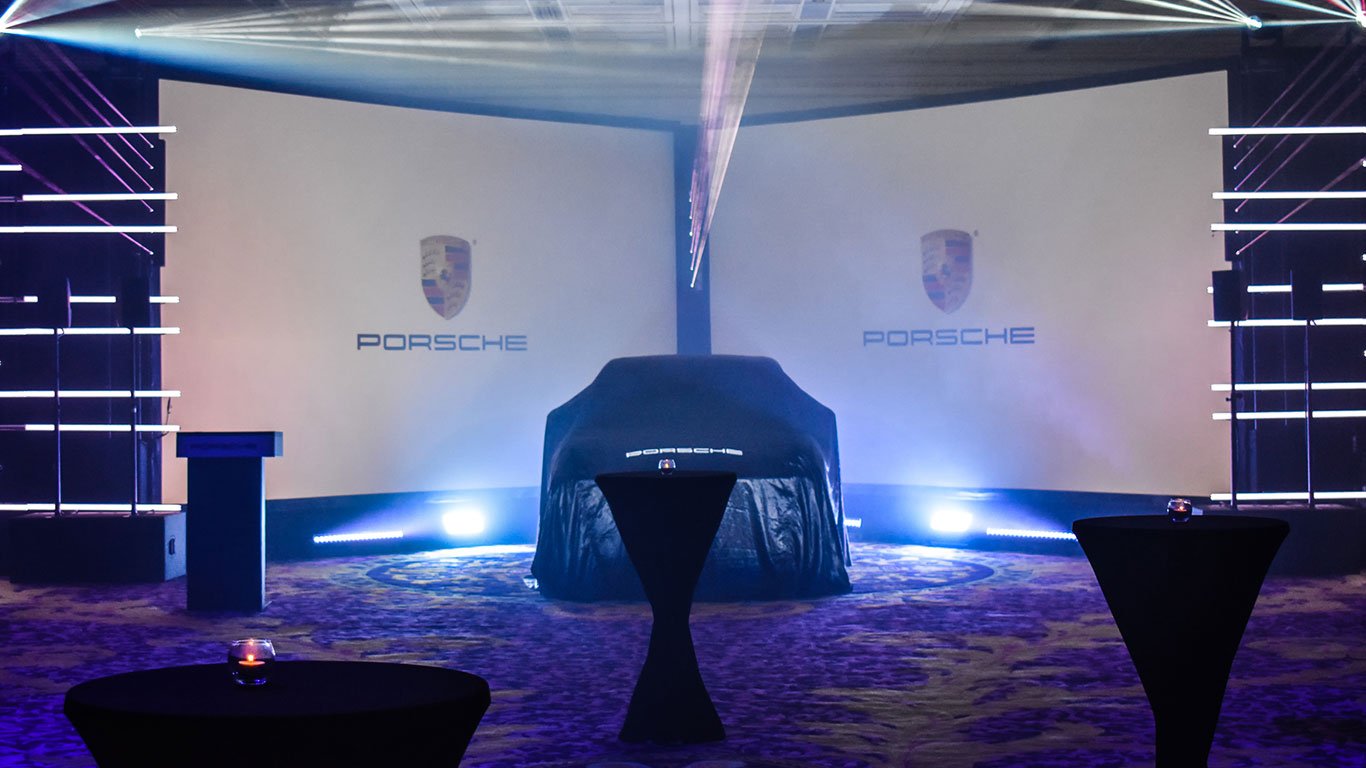 Initial design concepts needed to take into consideration the space of Palazzo Versace which also incorporated 3 vehicles for the reveal. To get the most impact on the visuals with the limited ceiling height in the room, we decided to rear project onto 2 large screens positioned in a V shape centre of the room. This provided an immersive backdrop for the middle vehicle and allowed us to get creative with the visual imagery. For the wings we designed a backdrop using horizontally mounted LED strips as a nod to the redesigned rear of the Cayenne. For additional impact, we installed NEO 6 laser strips within the set which were programmed in time with the custom made content and LED visuals. Our lighting designer added the final touches with some intelligent beams and backlights which enhanced the room effects.

IKONIX developed the video using assets supplied by Porsche and adding custom made transitions and mirror effects. This was edited to a high impact audio track and time coded with lighting and LED effects.

The end result was an attention grabbing opening sequence that wowed the audience generating an electrifying buzz in the room for some excited clientele. 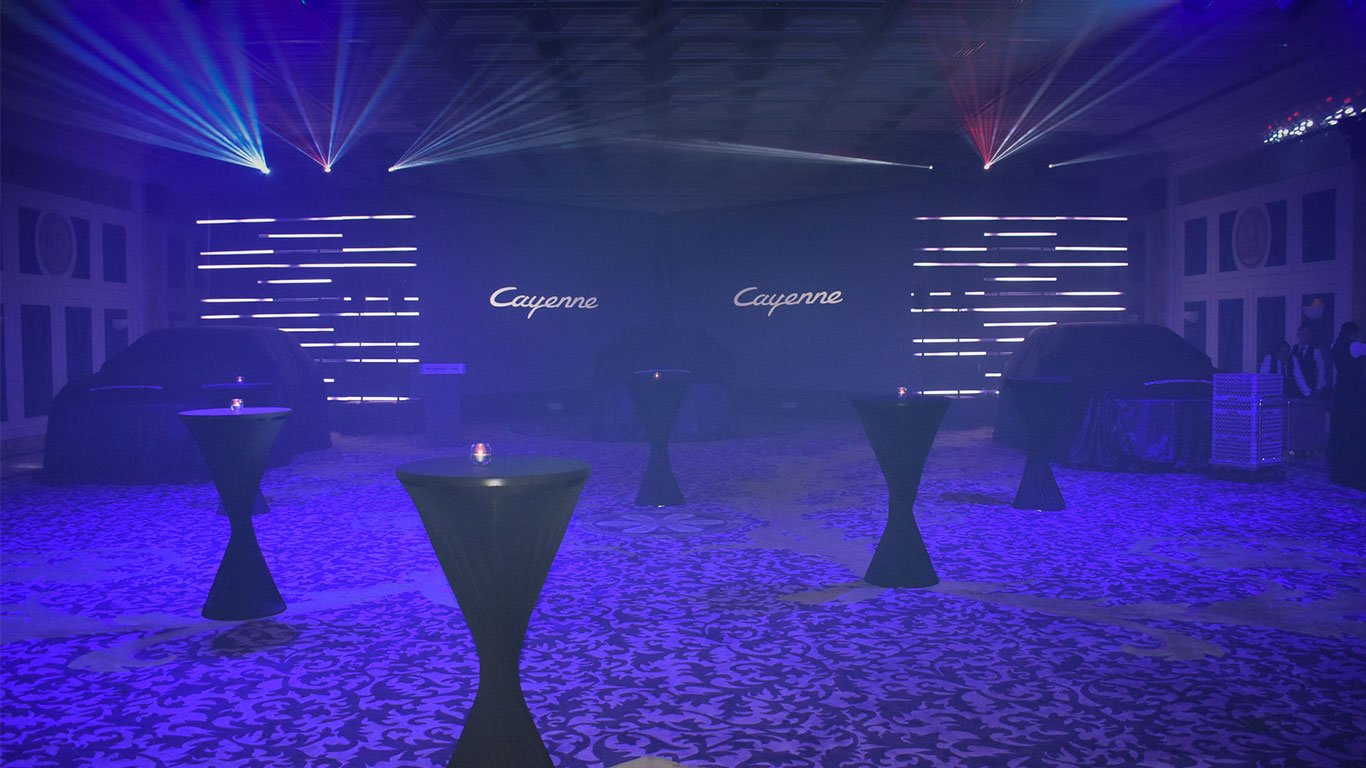