The Town Hall was chosen as the location of focus, instead of activating all of ChinaTown with markets as done in the past. Inspired by the Chinese New Year, the content created was based on the Year of the Ox. Imagery projected on the building created an impact for people passing by to enjoy but didn’t encourage them to congregate. 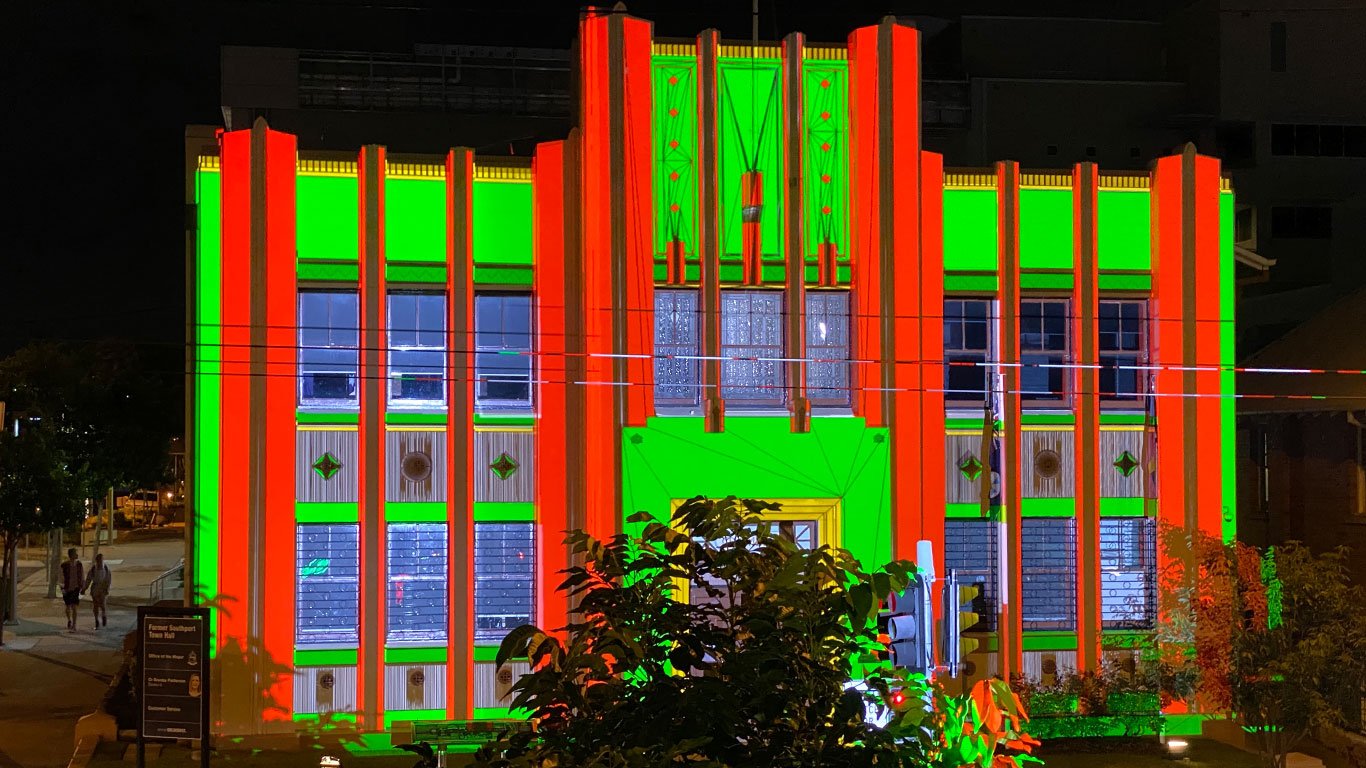 Images projected on the Town Hall were created in house by the IKONIX animation team. And projected using Disguise Media Server’s. While this seemed like a run of the mill building projection IKONIX, there were obstacles that had to be overcome to allow the 2-night event to run smoothly.

Location of the projectors and alignment with the building was quite complex and limited due to positioning of surrounding trees and other landmarks in the area. On the night, projection of the content was through the adjoining Southport tram station. Content was moved up and down based on the movement of the trams in the station, which had to be monitored and factored in.

The result on the night was nothing but impressive. Town Hall was transformed into a beautiful oasis of Chinese New Year inspired images that could be seen by people passing by at a safe distance. Lunar New Year at Southport was reinvented for the ever-changing COVID world we live in. 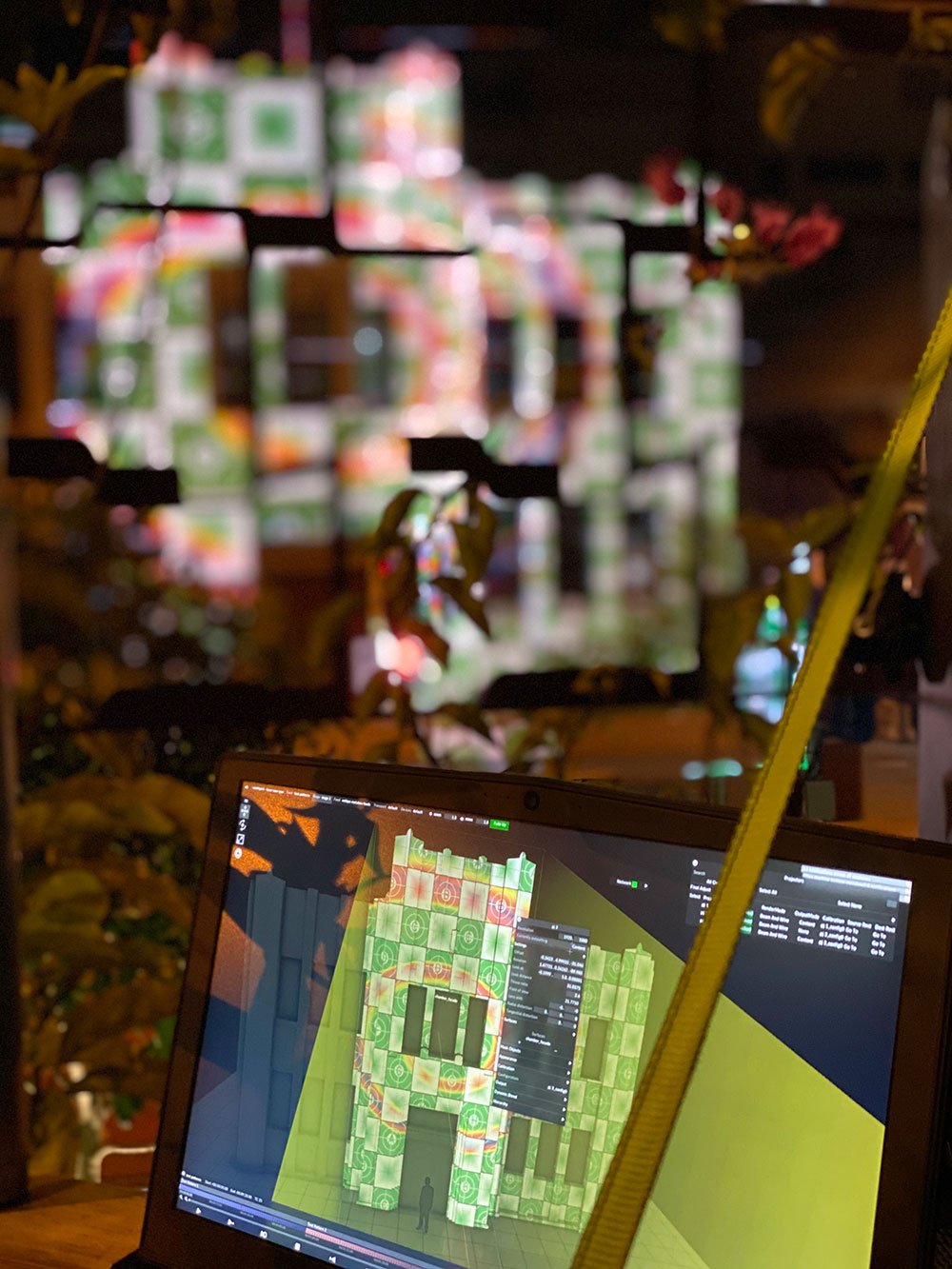 Events that have been run for many years, can still be offered through the new COVID social distancing times – they may just have to be reinvented. Content creation and building projection by IKONIX for the Lunar New Year event at Southport in March 2021 demonstrated that impact can be achieved while offering a COVID safe event. IKONIX offers an alternative by incorporating a virtual element into events, keeping the momentum of the event going for years to come. 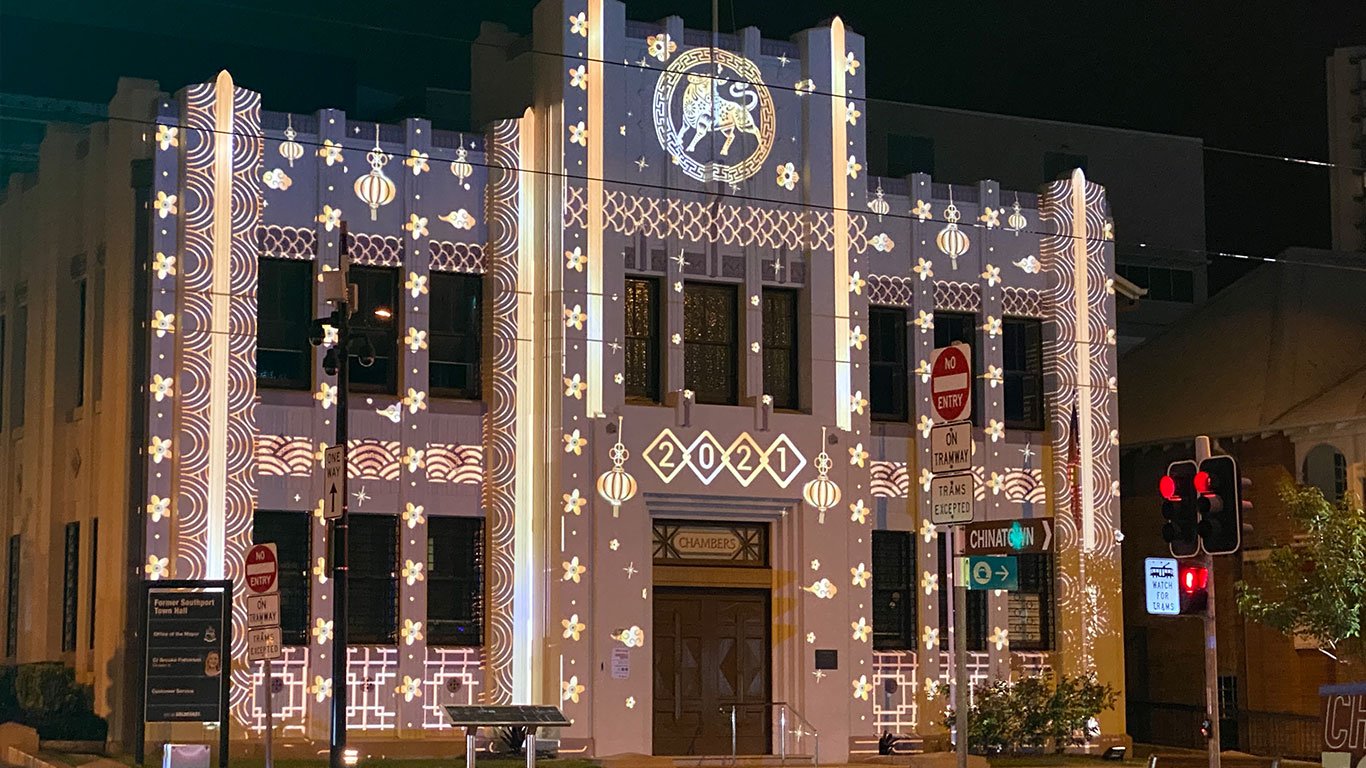