Creative Generation gives students, teachers and school communities the opportunity to be involved in a professionally produced, award-winning arena spectacular with a cast of over 1500 students displaying their vibrant and outstanding talent.

IKONIX have been a part of the spectacular for a number of years producing custom content for the stage shows. Over time we have expanded this, employing our media servers which allows us to map and deliver content onto the stage, floor and projection screens. Developing all the content in-house gives us a unique understanding and insight into the look of this event and how it will ultimately appear in the space.

For the 2018 event, we wanted to push the boundaries and opted to produce 5 interactive visual compositions integrating BlackTrax and Notch with Ai. 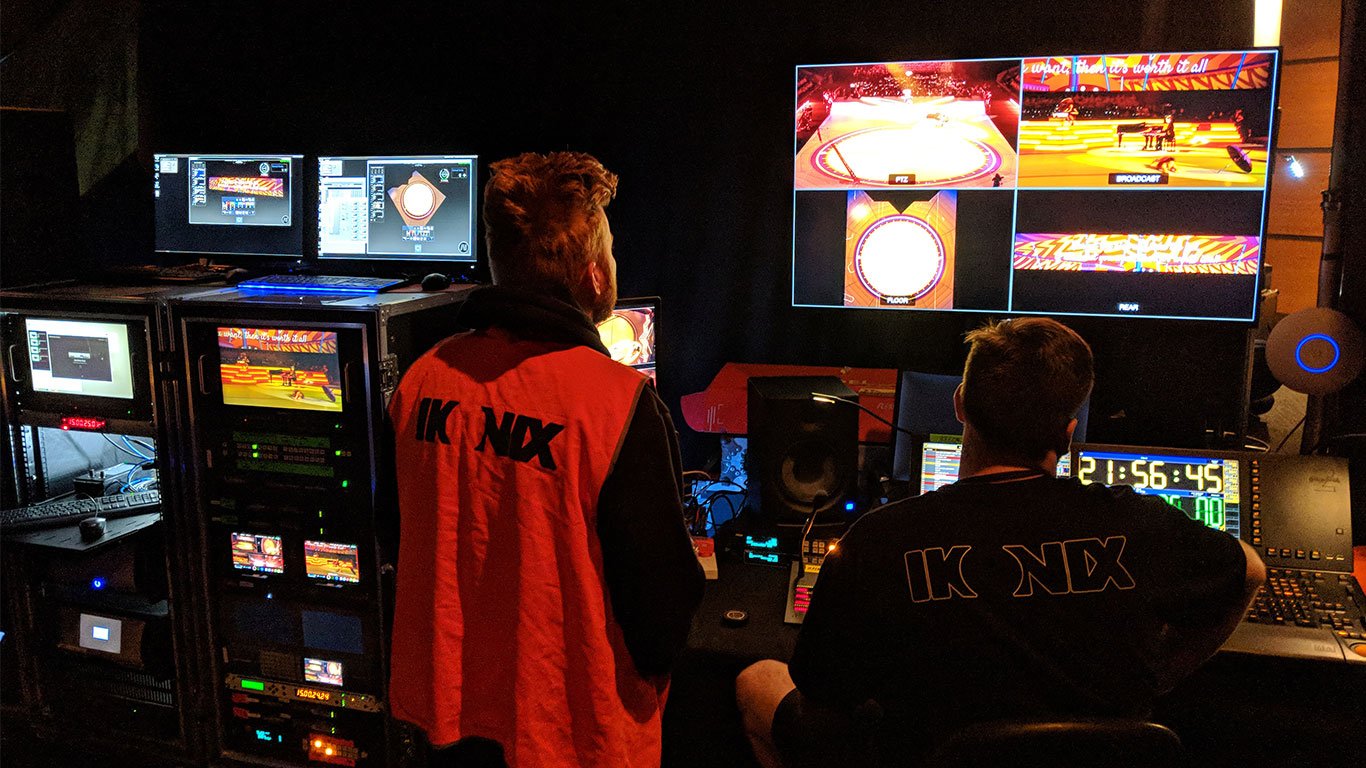 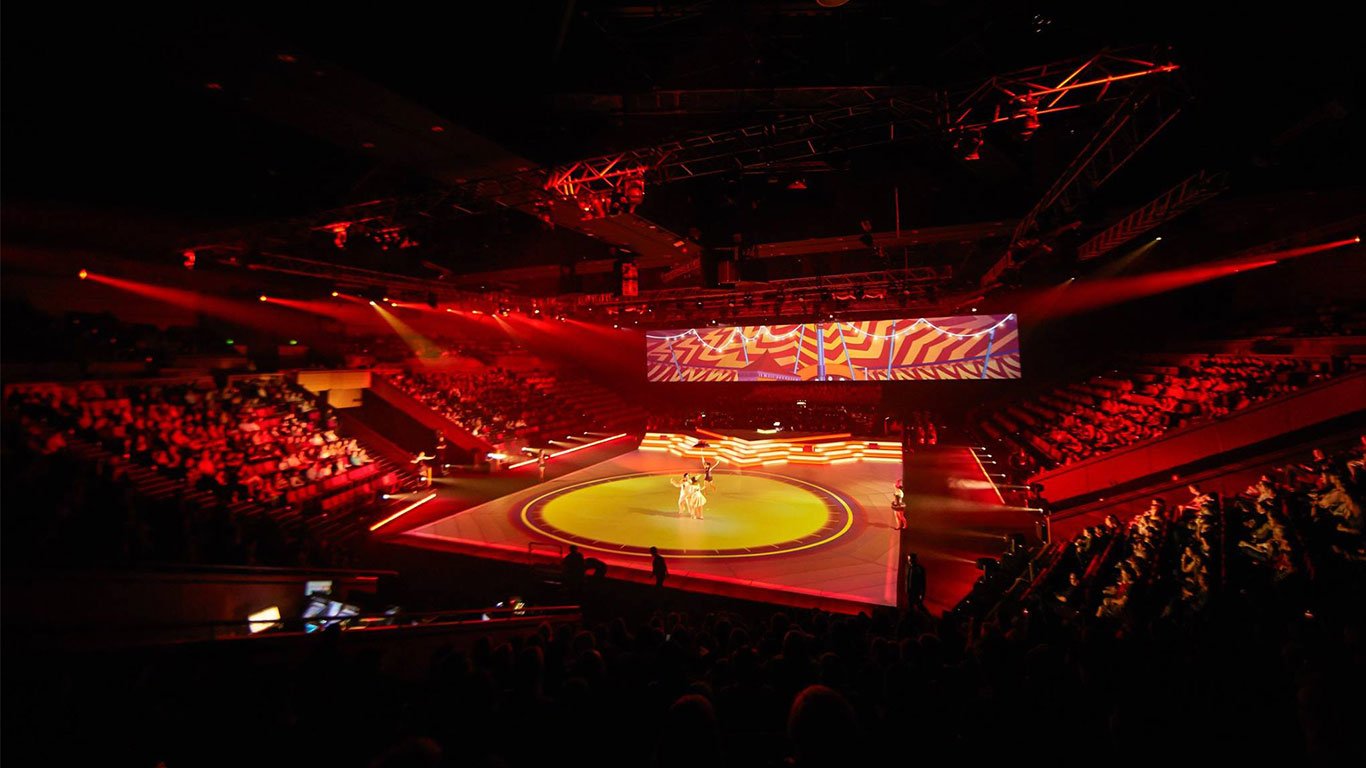 For 2018 we created more than 900GB of content for the 50+ different acts that took part. Five of these scenes incorporated real time generated content which tracked the performers and dancers and generated content on the fly. One of this years scenes was based around Aladdin and this technology allowed us to project and track a flying carpet under the dancer as he moved around the Tarkett creating a spectacular visual effect for the audience.

We used our lighting console to control the Ai R8 servers building a single cue stack to play the show back. Updates on sight like timings, colours, contrast and brightness were all refined on the fly during rehearsals.

Both Avolites Ai R8 servers were outputting in 4K. The signals were then split using data path FX4s allowing the team to output to the multiple projectors around the room. In addition we took two SDI inputs to each server, sending camera feeds and other content to create some interesting new PIP designs.

Pushing the boundaries really paid off! It resulted in spectacular visual effects that added to the experience for the audience. But it also added a new dimension for the student performers and solidified the high standard of the events production and showcraft. 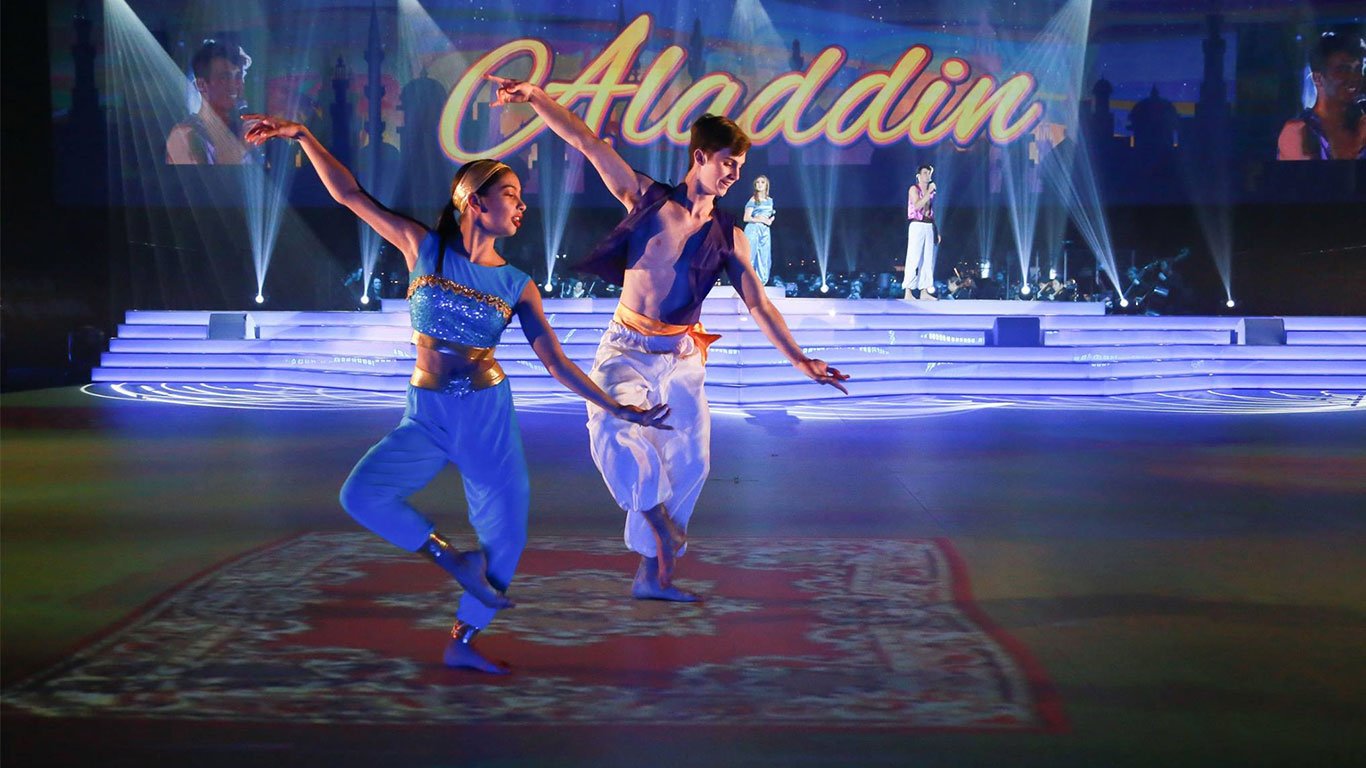 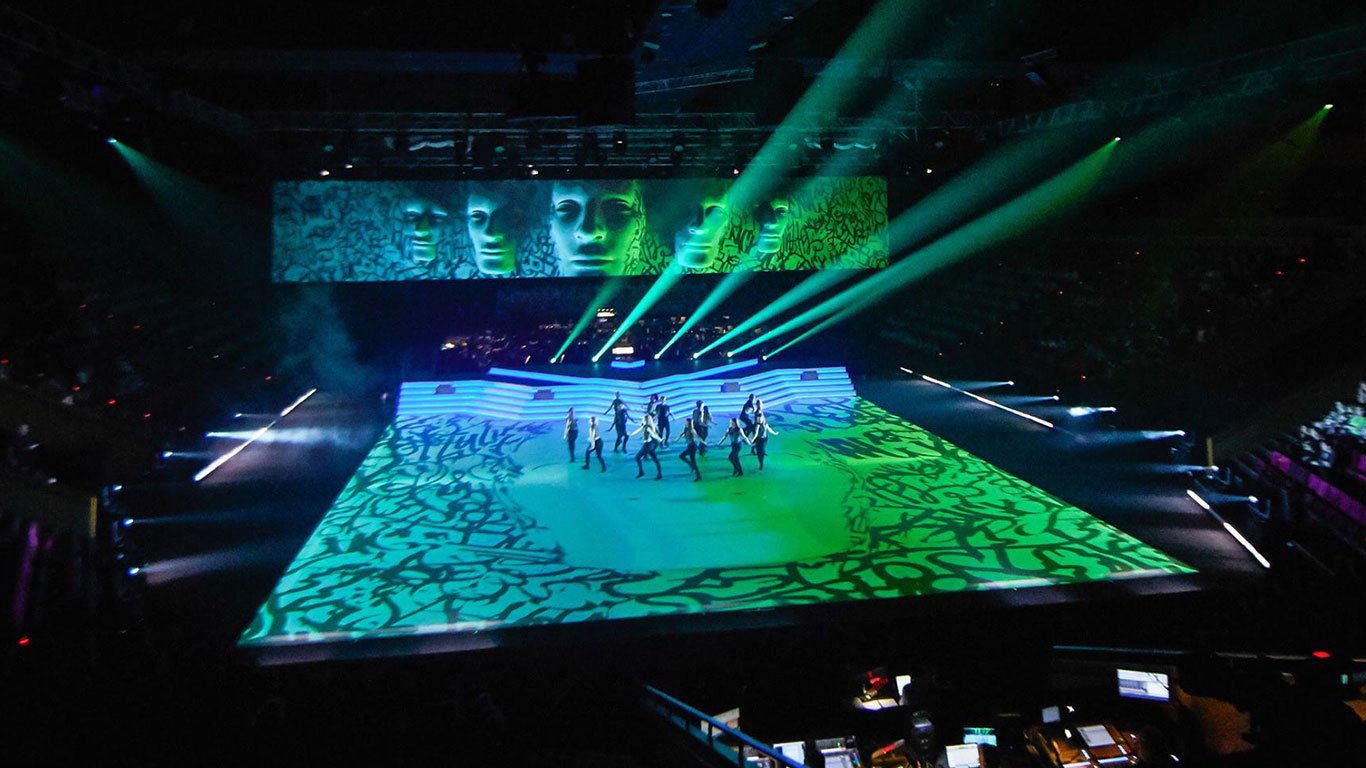